Book by William Finn and James Lapine and Music & Lyrics by Finn
Falsettos centers on Marvin, who has left his wife to be with a male lover, Whizzer, and struggles to keep his family together. Much of the first act explores the impact his relationship with Whizzer has had on his family. The second act explores family dynamics that evolve as he and his wife plan his son’s Bar Mitzvah. Central to the musical are the themes of Jewish identity, gender roles, and gay life in the late 1970s and early 1980s including AIDS.
SINGLE TICKETS GO ON SALE SEPT. 14.

The mission of the Proud Mary Theatre Company, a 501 (c) 3 non-profit and non-professional theatre, is to advocate for the LGBTQ+ community through the Arts by presenting LGBTQ+ voices and stories in Spartanburg and the entire Upstate region with compelling theatrical productions of plays, musicals, and local original works and avant-garde pieces that celebrate diversity and acceptance.

Proud Mary Theatre Company was founded in 2017 and has won several awards from the South Carolina Theatre Association and the Southeastern Theatre Conference including Best Production, Best Actor and Best Director. 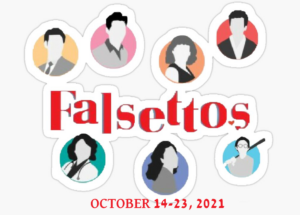