Ava Davis, will return to Proud Mary Theatre in Stuck by Paris Crayton III , kicking off the company’s #BlackQueerLivesMatter Series on January 29-31, 2021.

In this drama set in Atlanta, Jacob Charles has just received news that his girlfriend of three years is expecting their first child but he can’t seem to stop having dreams about someone else. He tries to unpack all of these thoughts through therapy. Little does he know that his therapist is going through her own problems trying to manage a relationship with a married woman.

Davis, also known as the Duchess of Grant Park, plays the role of Mike and is an actor, producer & writer, working and living in Atlanta.

Recently in Proud Mary Theatre’s productions of The Gayest Christmas Pageant Ever! and The Laramie Project, Ava has acted in, written and produced several short films, including Feast, The Decision and the upcoming short film, Duchess of Grant Park. She has performed with the One Minute Play Fest, including a special performance in collaboration with the Queens Theater in New York City to celebrate the 50th anniversary of Pride. In addition, she does sketch comedy with Critical Crop Top.

Ava is a trans actress, and an advocate for increasing trans and queer representation, especially that of black and other minorities. She also loves jellybeans and coffee, and is always happiest when she finds herself with the privilege, honor, and sublime state of performing.

Streaming begins Friday, January 29 @ 8 AM and ends Sunday, January 31 @ midnight. This is a FREE event but registration is required on Eventbrite to obtain streaming information. Donations to Proud Mary can be made Here. 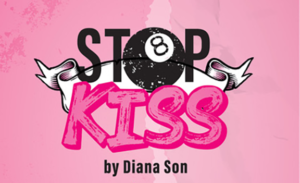