Meet the Playwright of ‘A Straightforward Scenario’: Hope Phillips

Celebrate National Give OUT Day June 30 and celebrate Gay Pride with Proud Mary Theatre Company and our Brand Spanking New Play Series with the world premiere of A Straightforward Scenario, a play in one act by Hope Phillips,

Hope Phillips is a rising senior at USC Upstate, where she majors in theatre performance and minors in womens’ and gender studies. She enjoys working on both the technical and performance sides of the theatre world. Hilights from her time at USC Upstate include playing Honey in Who’s Afraid of Virginia Woolf, Gertie in Fuddy Meers, Emma in Betrayal (Irene Ryan Award Nomination), and, most recently, Laura / Margie in Buried Over Lewis. Her technical highlights are assistant directing and stage managing for (Anon)ymous (Irene Ryan Award Nomination), stage managing Last Night and the Night Before, and directing Mary-Kate Olsen is in Love as part of the Advanced Directing One-Acts. She is ecstatic to be collaborating with Proud Mary for the first time for this reading!

Donations to South Carolina’s Queer Theatre Company can be made on our website at proudmarytheatre.com 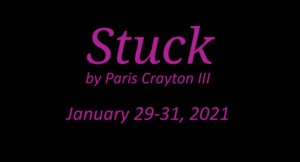 PROUD MARY is Generously Sponsored by: