Proud Mary Theatre Company continues to push the boundaries of virtual theatre as we open our 4th season with the 20th anniversary production of The Laramie Project, the award-winning play by Moisés Kaufman and members of the Tectonic Theater Project.

This is a FULL PRODUCTION (not a ZOOM reading) and will be presented as a Virtual Multimedia Experience available for streaming Tuesday, October 6, 2020 on the 22nd anniversary of the attack of gay college student Matthew Shepard in Laramie, Wyoming, and ends on October 12, the day Shepard died and became a martyr for hate crime legislation and the gay rights movement.

Ava Davis, also known as the Duchess of Grant Park, is an actor, producer & writer, working and living in Atlanta. She recently appeared in Proud Mary Theatre’s production of It’s A Generational Thing by Robert Fuson.

She has acted in, written and produced several short films, including Feast, The Decision and the upcoming short film, Duchess of Grant Park. She has performed with the One Minute Play Fest, including a special performance in collaboration with the Queens Theater in New York City to celebrate the 50th anniversary of Pride. In addition, she does sketch comedy with Critical Crop Top.

Ava Davis is a trans actress, and an advocate for increasing trans and queer representation, especially that of black and other minorities. She also loves jellybeans and coffee, and is always happiest when she finds herself with the privilege, honor, and sublime state of performing. 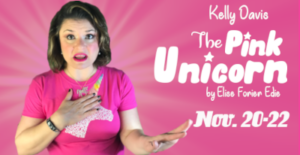