Proud Mary Theatre Company presents the Upstate premiere of the bold new musical comedy Head Over Heels by The Go-Go’s, the musical comedy of the Summer for seven performances only June 24-July 2, 2022.

HEAD OVER HEELS follows the escapades of a royal family on an outrageous journey to save their beloved kingdom from extinction—only to discover the key to their realm’s survival lies within each of their own hearts.

Connor is a multidisciplinary theatre artist based in Spartanburg, SC. She received her BA in Theatre from Wofford College in 2014 and studied acting at the Moscow Art Theatre School (MXAT) in 2012. Connor has worked as an actor, director, improv-er, teacher, and deviser variously around the Upstate, including at Wofford College, Scrappy Shakespeare, Sparkle City Improv, and the South Carolina Children’s Theatre. She is thrilled to be making her debut with Proud Mary and is extraordinarily grateful to Sandy and her bestie, Maddie, for the opportunity.

Songs by The Go-Go’s. Based on The Arcadia by Sir Philip Sidney and Conceived by and Original Book by Jeff Whitty. Adaptation by James Magruder.

Sponsored in part by Tito’s Handmade Vodka, the Upstate LGBT Chamber of Commerce, and Productions Unlimited

Our TITO’S VACATION COCKTAIL BAR opens 1 Hour before each performance. 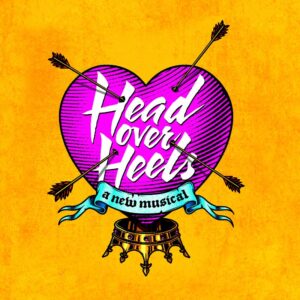